Number 3 in this year’s calendar was a carry over from last year: ‘A glass of Christmas cheer.’ The idea behind this was some play with our glass icicle dildo (warmed up luckily!) I wondered whether to post about this because really, it didn’t work out so well but I decided that was actually quite an important thing to share. We have not hidden the problems that we can have and life getting in the way has really been a reoccurring theme of this blog. When is the sexy post coming you all shout out? Well I don’t know that myself, but I hope it will be soon.

This should have been a sexy post because playing with the glass toys is something that we like, but for one reason or another, things just didn’t heat up in quite the way HL had planned. I think when you set out to complete a project which involves doing a certain thing each day for an extended period of time then it is only natural for some of the activities not to land where they were intended. Despite the seemingly fool proof nature of the glass of cheer, this is exactly what happened on this occasion.

The issue really was me, well my head space or lack of it to be fair. I am not making excuses but there were reasons why this was the case. I had worked a long and difficult day. I was required back at work in the evening to attend a meeting so had rushed home so that I could cook the dinner. In actual fact, HL also came home early and in the end he whipped up the dinner while I made a badge for my Advent Calendar. I then ate and headed off to work.

The meeting went well but it required more brain power than I really had so by the time I came back home I was pretty tired. Because it was Tuesday I had missed the start of the SWC chat, so I jumped on there to socialise. When that ended I continued to work on my post until bedtime was called. I went to get ready for bed, and the play of the day, but really I was probably past it. What happened was that HL engaged my body but not my brain and so we weren’t really on the same page.

I was starting to get there when he switched direction and for some reason that threw me back to the start again. While sex and sexy stuff is always fun, I find that unless there is an element of me losing or giving up control, it doesn’t quite hit the spot. Possibly because of tiredness, or because of the lack of time to get things completed during my day, I found myself becoming more passive than submissive. My head just wasn’t in the game and that soon because apparent.

This sort of thing is never good and it used to throw us off. Now we have come to accept that sometimes it just won’t work and we try not to feel like we have failed at anything. I think it is normal for these sorts of things to happen when you have been together for quite a while. It would be nice for it to be all thrills and spills but sometimes it just doesn’t happen.  Bouncing back, we had some quite vanilla sex which was a nice connecter and a good prelude to falling asleep spooned together as usual.

So number two wasn’t really the glass of Christmas cheer that HL had planned, although it did have its value. It meant that we talked about some changes we need to make and I think we both felt positive despite the fact that things had not gone according to the calendar. 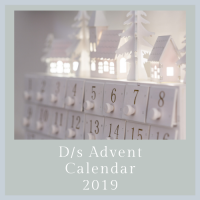