The prompt this week for Food For Thought Friday is Room 101. As an Orwell fan,, I thought about using ‘1984’ as my inspiration and writing about my worst fear. I have written about fear before and being honest, the thought of Winston Smith with the rat cage attached to his face is something that inspires the sort of fears that would not be positive to write about. So instead, I am mainstreaming with a kink-based list of things I would nominate, were I on the TV programme instead.

The One True Way 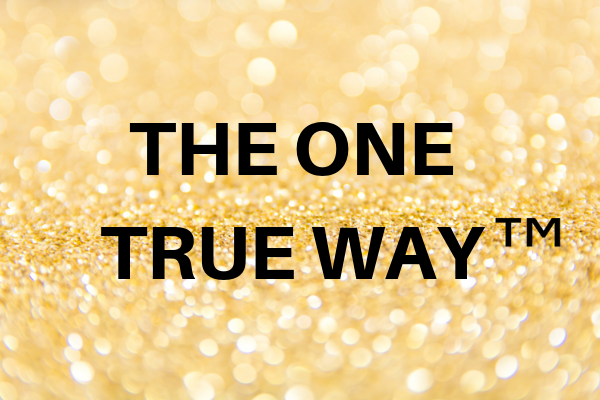 The first thing I would put into Room 101 are the people who promote The One True Way.  HL and I would consider ourselves sensible and educated people, however, we still managed to fall foul of those promising that their streets were paved with gold. I have written about this before, and it remains a topic of conversation which comes up with those who have also suffered the sales pitch for the finest set of the emperors new clothes I have ever seen. I can laugh about it now, but at the time it was quite misleading and quite disheartening to be told that what we were doing was wrong, and that it was their way or no way.

Suffice to say that we soon realised the error of our ways and, suspecting that those-who-invented-married-D/s were wrong, set out to seek our own kinky fortune.  And what do you know? We, and actually thousands of others like us, are managing to live a D/s lifestyle our way and not theirs. Wow. Who would have thought? So in the interests of those new to TTWD, please, please, please send those who promote the one true way like a holy grail rule book of BDSM to Room 101 now, and let us all do things the way that is best for us. Here is your golden ticket! 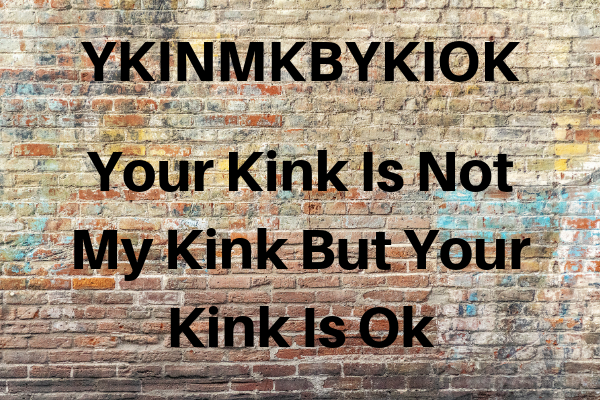 I suppose this one goes hand in hand with kink shaming in a sense but, as that is not something I have experienced directly, it is the lesser form I want to banish. Now, I am not a fan of hierarchy per se and have a bit of a live and let live sort of attitude. If it makes you happy, that is fine by me. And if it makes you happy and it is not something I know much about, I am happy to hear about it with an open mind, even if it isn’t something I am likely to do. But I see a lot of comments around about me, in blogland and on social media, which pertain to an unspoken sort of hierarchy of kink. In a passive aggressive way, what is spoken of is condoned for being something you are allowed to be into, whilst at the same time being publicly denounced as not something they would ever want to do themselves.

What is the point in this, good people? If you aren’t into it and have made up your mind about it then why not refrain from leaving a comment? Why do you feel that you need to make sure others know that it isn’t something you would do? I have noticed as well, that this unwritten hierarchy seems to surround types, or roles, as well as kinks. While all kinks may be acceptable, some are definitely seen as being better than others. For example, while most forms of impact play are fully accepted within kinky circles, age play can lead to a lot of challenging questions and dismissive statements. So, if it was up to me, I would banish these passive aggressive hierarchical comments to Room 101, and leave them there to gather likes on their own. 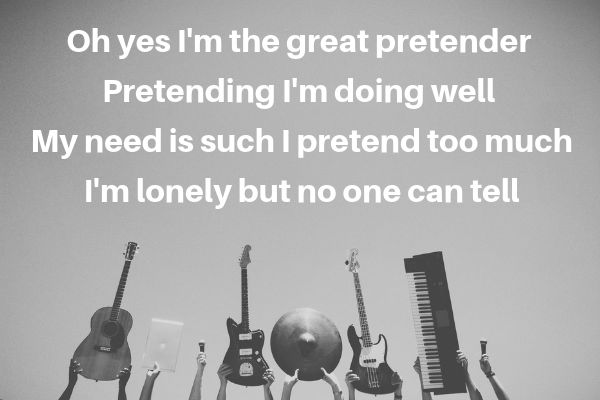 No not the Pretenders, I mean the great pretenders. The ones who know everything about everything and tell you in such an emphatic way that their own unsubstantiated viewpoint comes across as gospel, rather than something based on thin air. They are all around us and sometimes they can be hard to spot. They talk, they write, they offer advice. Often they seem to be well connected and yet, they are as fake as the designer handbags sold on street corners in Rome. They can seem so plausible and rather than just doing their thing quietly, as could be forgiven for a lonely wannabe, they seem to manage to elevate themselves to positions where they can be worshipped as the experts they are pretending to be.

I suppose with each person who buys their expertise, they become stronger, the walls around them growing more solid and more believable. And I think that sometimes they even believe themselves, the web of lies the spin. Perhaps they grow to believe that their own fantasy is as good as the experience the pretend to have, that their research means that they are expert and that watching a you tube clip of a Japanese Master performing shibari is the same as actually completing the rope suspension scene he is telling you about. These tricksters are dangerous and should be sniffed out and exposed, named and shamed and then relegated to the vaults of room 101 where they can sell their fake gold to the one true wayers and try to climb up the slippery ladder of the kink hierarchy.

Well I feel much better having got all of that off my chest. Please hit the badge to take a look at what else is being sent to Room 101 this Food 4 Thought Friday.