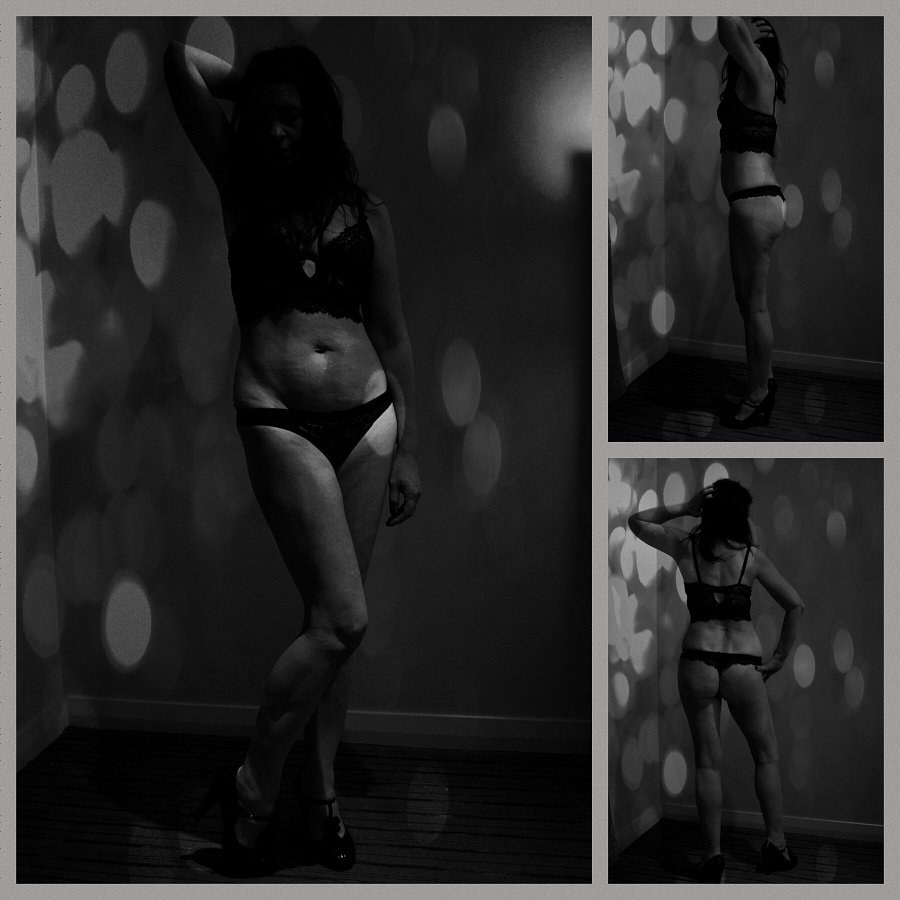 We were allowed to select something to wear so I chose a black bralette, thong and heels. I knew that I needed to feel sexy and I would have to try to do that myself initially. I only hoped that once it started I would feel encouraged by the atmosphere and the way that dancing could make me feel. I hope that I would get over my nerves and my self-consciousness, but it felt like a real stretch. I looked around the dressing room, and the faces I saw all showed the same nervous expression that I felt I wore myself. Well no-one had led me to believe this would ever be easy I thought, but so far it had all exceeded my expectations so I had to trust it would be fine.

With a deep breath, I walked into the room. The lights were dimmed and there was nothing in it apart from the chair at one side. The music was playing loudly. I did as we had been asked and knelt by the chair and waited, listening to the music and trying to get myself in the right frame of mind. I pushed my nerves to the side and thought about my own need to be desired intensely. I thought about all the feelings that had been evoked from me so far during my experience here and attempted to channel those into something I could work with. I closed my eyes and let my mind calm, allowing the music to move through my body internally.

When he entered the room, I looked up. He sat in the chair and took one of my hands, holding it between both of his.
“Thank you for doing this for me April,” he said. “I am sure I will enjoy your performance so just try to feel my eyes on you and allow that to drive you.”
I nodded and allowed him to pull me onto my feet, using my hand. I knew that I needed a minute so I turned my back to him and closed my eyes again, gently beginning to sway as I let the music take over and become part of me. Finding the rhythm, I made my movements larger, swaying my hips and using my shoulders to work my upper body.

Suddenly something within me seemed to shift and I really felt it. A thrill washed over me and I felt myself letting go. The music became what I was and he became my focus. Turning, I used my arms to draw him to me, still moving my lower body in circular movements. I tossed my head back and went with it. I felt sexy and full of desire for him. I imagined him touching me and how that would feel. I was lost in the music now and in what I was doing. No longer conscious movements, it had become an expression of how I felt and what I wanted. It was an expression of what I was and at that moment, and I was his.

I am not sure how long I danced for him for. I had gone beyond myself and my own inhibitions and was on the other side of everything that ever held me back about myself. I was what he wanted and what I wanted to be for him. My body moved in ways I would not usually use it as I tried to show him how I felt, translating my desire and longing into expressions of movement. It felt like it was not my own, as I teased and offered and tantalised, becoming someone who was free enough to be about this and only this, living in the moment and making that moment feel as if it was all that was ever needed in the world.

I felt such a high, as I had done from other things I had experienced here. It confused me a bit and even when the music came to an end, and he thanked me, I wasn’t ready for it all to be over, feeling that there was more and that I didn’t want to stop. I was still drifting away somewhere, beyond my own body and my own reality and I couldn’t wait to compare notes with the others.

To catch up on other posts in this series please see April’s Submissive Training Journal
Or read last year’s letter L post for the A to Z blogging challenge: Limits, Labels and Life 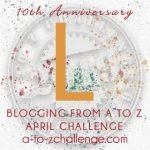