The classroom was darker than usual when we entered and I felt as if I was in some sort of gentleman’s club, rather than a school. I found my place and knelt in front of the Georgian style armchair, as instructed. I waited, conscious that the right head-space was important to my success. I tried to empty my mind and to focus, but it was hard without knowing who I was going to be assessed by. I wasn’t sure I would be able to put the feeling that I needed into this, as I had never tried with someone who was a stranger before. But I thought about the lesson and what we had been told. I focussed on the desire within me to please, and tried not to look at the clicker which sat on the drinks table next to me.

When I heard the door behind me open, I cast my eyes downwards. I heard him make himself comfortable in the chair and I waited in position. “Thank you for showing me such respect, April. You are off to a great start.” I felt myself breathe and relax slightly. “Now look up at me,” he said. I allowed my eyes to travel up to meet his and, locking his eyes with mine, he spoke again. “I want you to know that I have every confidence in you. I will use the clicker by means of communication with you, so that you know that what you are doing is pleasurable. We have found that this is an excellent way of training, although I realise that it may feel a little strange at first. Please try to see each click as a good girl type of encouragement.”

I maintained eye contact while I reached, tentatively to find him with my fingers. I stroked very lightly and saw the look of approval in his eye. Although relative strangers, I allowed the connection to establish before I looked away. I wanted him to see my desire to make him happy, and my fear that I might somehow fail him. Although he didn’t speak at all, I felt his cock start to twitch and grow under the touch of my fingers, and I made tiny feathery movements at intervals along his length and up to the tip. When I had the confidence, I looked away and moved my head downwards so that I was able to very gently lick the end of his cock with my tongue.

I stroked the inside of his thighs with my fingernails a couple of times while I dabbled at the end of his cock with my tongue, working up to finding his balls and cupping them with one hand. Click. I circled my tongue around the tip of his cock, working it round and round in ever decreasing and increasing circles until I arrived back at the top, gently poking my tongue very slightly into the slit. Click. I continued with this movement for a while, and then allowed my lips to rest, slightly open at the head of his penis, finally opening to take all of the head and let it sit there as he adjusted to the warmth of my mouth. Click.

Sucking gently, I moved up and down on the head, stopping every couple of times to swirl my tongue around the very tip. Click. Feeling emboldened by the clicker, I suddenly sank my mouth down the full length of his cock and back up three times, Click, returning to my earlier movement. I adopted this pattern and could feel myself becoming aroused. My fear started to leave me and I became lost in what I was doing. I wanted him. I wanted all of him. I wanted him to know how beautiful I found his cock and how much I was enjoying what I was doing.

Releasing him from my mouth, I allowed my fingers to wander again up and down his thighs. I buried my face into his balls and drank in the smell and the feel of him. I had not realised before how much intimacy there was in doing something like this for someone. I had not realised the way it could connect me with him and the way that the feelings would overwhelm and absorb me. Something seemed to change within me and it became no longer something I was doing but something I was. I was part of him and part of his pleasure. I felt an emotional shift, as if I had left myself behind and become the act itself.

I lifted my head again and used my tongue to lick and lap at his balls, feeling the contrast of the smoothness of the skin and the hair on his thighs which tickled my cheek. He shifted a little to allow me more space and I heard the click once more. I took one of his balls tentatively in my mouth, lifting and massaging it slightly with my tongue against the roof of my mouth. Click. I swapped it for the other one and repeated the action, releasing the second as I had done the first. I continued with this for some time, before returning to take him fully in my mouth. I worked up and down the shaft, pausing at the top to circle my tongue around the girth a couple of times, then returning to the up and down motion, increasing the strength of my suck a little each time. Click.

I thrust my mouth down his cock, pausing and then releasing my throat until he was completely inside. I heard him groan and my arousal grew as I felt a sense of abandon. I think I carried on with this same sort of movement but I will admit to become a bit lost in him. I wanted more. To be inside him. Freeing him from my mouth, I used my thumb to circle the tip of his cock while my tongue moved back down to lick the insides of his thighs. I licked his balls again, moving underneath to the salty skin of the perineum, where I moved my tongue in gentle swirls, Click, before finding the tight bud of his arsehole. Click.

I licked around it until I felt him relax slightly and was able to push my tongue in, feeling his cock jerk forward in my hand. I felt so lost to him and to the feeling that it was hard to focus on what I was doing. No longer an intentional movement, it was driven naturally by the connection and the wave of emotion I had for him as I explored those most private parts of him, learning his reactions and responses and what they meant. His Click Click Click drew me back to the present and I realised that I would have to change direction again. I took him fully in my mouth, sucking tightly and creating a sort of vacuum.

He moved his hand to the back of my head, indicating the speed and pace that was most comfortable for him and I allowed him to push forward, deep into the back of my throat. My fingers found their way back to his balls and I squeezed, gently massaging them as he moved in my mouth. I smelt his arousal and knew that he was about to orgasm. I held him there in my mouth as he came, being careful not to apply any pressure but to let him use me as he wanted, afterwards, releasing him gently. He allowed me to rest there with my head on his thigh as I thought about what had happened and how it felt. I realised that I had massively underestimated the pleasure I could get from cock worship. 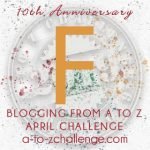