She had known as soon as the words slipped from her mouth it was a big mistake, but that mattered little. Rules are rules after all. The fact he had taken his time did not mean that he had forgotten either. He often did it this way: he waited, and therefore, so must she.

He told her to get ready as they were going to the club. She felt the nerves wash over her when he said it. Surely he wouldn’t punish her there? She would be so exposed in front of all his friends. She tried to reassure herself that it was only a little error, pushing her fears aside, and focussing on the preparations she always did prior to a visit there.

He held the door open for her and they walked in. She followed behind him, eyes cast down, as they made their way across the room. It was already quite busy and she could feel the heat from the bodies. The four-sided bar was central and some of the men were sat on bar stools around it. Around the edges, and in the rooms, play was already underway.

At the centre of the far sided wall, he stopped. She met his eyes, and he nodded at the machine. Surely he didn’t mean …?
“Yes,” he said, as if reading her mind. “On there. But remove your knickers first.”
Her face burned with shame as she slid her underwear down her legs.
“Now, hop up.” he said with a smile.

She lifted her bottom onto the ledge of the machine and looked at him, raising one eyebrow as a frown took hold. He nodded and she raised herself up, lowering herself down again, slowly accommodating the cold iron handle.
“Good girl,” he said gently. “Now, let’s see if we can’t improve your opinion of yourself. You know better than to throw those insults when I am around. I will not have it. Hopefully some time on here will change your opinion though.  Now, give me a smile and a wriggle and let’s see those lights light up.” 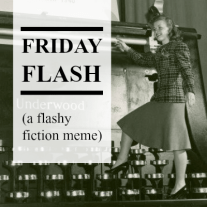