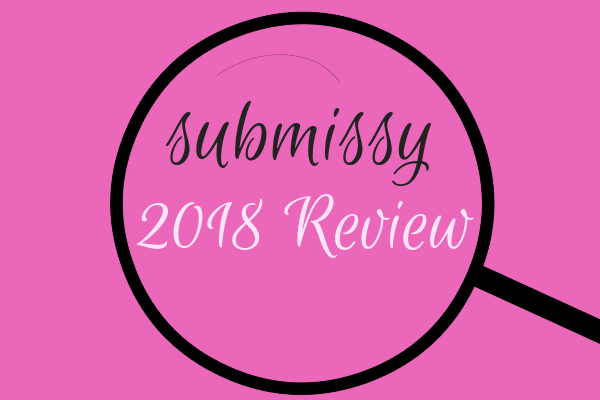 This is my third new year online and I have always said something by way of an end of year and looking forward post so here is my rather long 2018 review. In reading again over 2016 I could see my desire to get out there and put effort into the things and the people that make me happy. I did that and my 2017 post reflected the fact that I felt that I had found my place and my people. It is still the case that I come here to write and as I said a year ago, I am not writing to the world, I am writing to get things out of my head, but I know that there are people who will read and who will celebrate with me, offer support when I need it and an opinion when I seek it. I have felt ecstatically happy. I have felt lost and confused. I have felt angry and frustrated and indignant. At points I have felt nothing and, at others I have felt everything and I have shared all of that here. That has not changed.

Does the fact that it is still the case mean that I haven’t changed, that I haven’t progressed? It has made me wonder. Actually I think it is more the fact that it has become a home and that you have become my people so to combine both previous posts, 2018 has seen to growth of my little circle and those who I would consider friends within it. One of the big things to happen and to change things this year was the fact that we attended Eroticon. Prior to that HL and I had been blogging for almost two years and although we had made some good friends through it, nearly all of them were in the US so we had never met face to face. Eroticon changed all of that as we were able to meet and get to know people in real life who we had previously only encountered online.

I suppose this was a bit like gold really. It took what we had and made it larger. Suddenly we were not just a couple working away in secret, we felt that we were part of something bigger. Meeting some of the people who we had previously admired from a distance seemed a bit surreal. It also got me to see the value of being involved in some of the writing prompts and memes and I owe a lot to Molly, Marie, Kayla, my kinsman Kilted Wookie  and more recently F Dot Leonora for everything they do in hosting these mammoth projects. They have not only hosted, but encouraged and supported through their commitment to reading and commenting on my posts. It has definitely removed the feeling of writing away in my own dark corner of the internet, and has made me feel like I am part of something bigger and I really can’t thank you all enough for that.

At Eroticon I also met May More, Cara Theron, Missy, Ina Morata and Posy Churchgate, fellow bloggers who have also showed their support of me in a variety of ways. A big thing for HL and I was also meeting sub-Bee and the Bee Keeper at Kinkfest and we are indebted to them for introducing us to the thrills of needle play. It is quite something to offer to allow others to watch you do what you do and it was not only unexpected, but was also an opportunity that meant a lot to us.  Eroticon left me feeling inspired to try and do more and made me feel that I was part of a sex blogging community which was supportive and exciting so thank you to Molly, Michael and Girl on the Net for hosting such an amazing event. I would encourage anyone who is considering attending to go for it and if you have a ticket for this year, I can’t wait to see you there.

So while much of the year was influenced by the new people and friendships that I had made, there are still those who had influenced and supported me prior to that. The reason I started blogging in the first place was to share what I knew and learn about D/s and therefore I owe a lot to those who have been there to support me with that and also with the whole process of beginning my blog. To Princess who got me here in the first place and to LurvSpanking who took me on from about the second post I made and helped me to learn, encouraging me at every turn. Others who have also been significant for me are Furcissy, Wildwest Angel, C for Now, Collared Michael and Naughty Nora, all of whom are bloggers who I feel I have built strong relationships with. I have also tried to pay this forward by encouraging others to start blogging and have been really pleased to watch Purple Sole and Littlegem and kisungura begin their blogs.

About a year and half ago, HL and I were pleased to open our online D/s site – The SafeworD/s Club. Really the club is intended to be an online community of like-minded people who all want to socialise, learn and share from one another. Over the time we have been open we have added to what was there and now host three to four chats a week. I guess these are essentially a version of an online munch and we have loved being able to meet people and share knowledge and experience there. Although many who are in the lifestyle will be part of their local community, there are also those like us who may live in a rural area or have a professional life which means that online is a safer option for them. We have a topic chat, a discussion and an open chat once a week and are helped by Little Love, Beth and Princess who host a little party once every two weeks.

We have been supported there by friends old and new and the forums and blog have grown and been added to over time. We also started a weekly newsletter to let members know what was going on and to update them of the events on the calendar. We have a team of moderators who we are really grateful to and also to those who contribute to the blog and the forums. Recently we have enjoyed doing some collaborative posts with Purple Sole, little gem, Beth and Mister Man. Thanks also to sweetgirl who has been great at making new members feel welcome and has even dragged some of them there herself. We have changes to come to the site as we would like it to be easier to use so that is part of the project for 2019.

This year, HL and I also moved our blogs to self-hosted. Initially we had help from a friend from The SafeworD/s Club to whom we are very grateful, but when personal events got in the way we called upon the help of @DomSigns who came to our rescue. If you ever find yourself in a difficult blog situation then we would say wholeheartedly that Michael is your man and he even gave us a nice little tutorial with Molly chipping in the background – not sure if that is standard or not but it was a lovely added extra. Switching over the site meant that my old stats became separated from my new ones (weird wordpress glitch) but now they have been reunited I can see how things have gone.

I have made 228 posts this year and have written 158,596 words. I am always so grateful to those who take the time to read and also to comment so thank you to all of you who do.

Well this post has turned out to be WAY longer than I intended it to be. I am not sure what 2019 will have in store for me or for my internet presence really. I was thrilled to be placed this year in Molly’s top 100 blogs, May’s top 40, Marie’s top 20 and Kilted Wookie’s Naughty list so I feel encouraged with what I am doing. I started the year with posting pictures of myself and then moved to posting fiction for the first time, but essentially this blog is about my journey as a submissive and what I love is to write in a personal reflective way. When I receive emails from readers that makes it all worth while so ultimately I want to keep doing what I set out to do. Obviously I need things to write about so HisLordship, who is my rock in all things, will be the biggest determinant in the direction things really move in.

I think all that remains is to wish you all a Happy Hogmanay and the very best for the New Year when it comes.