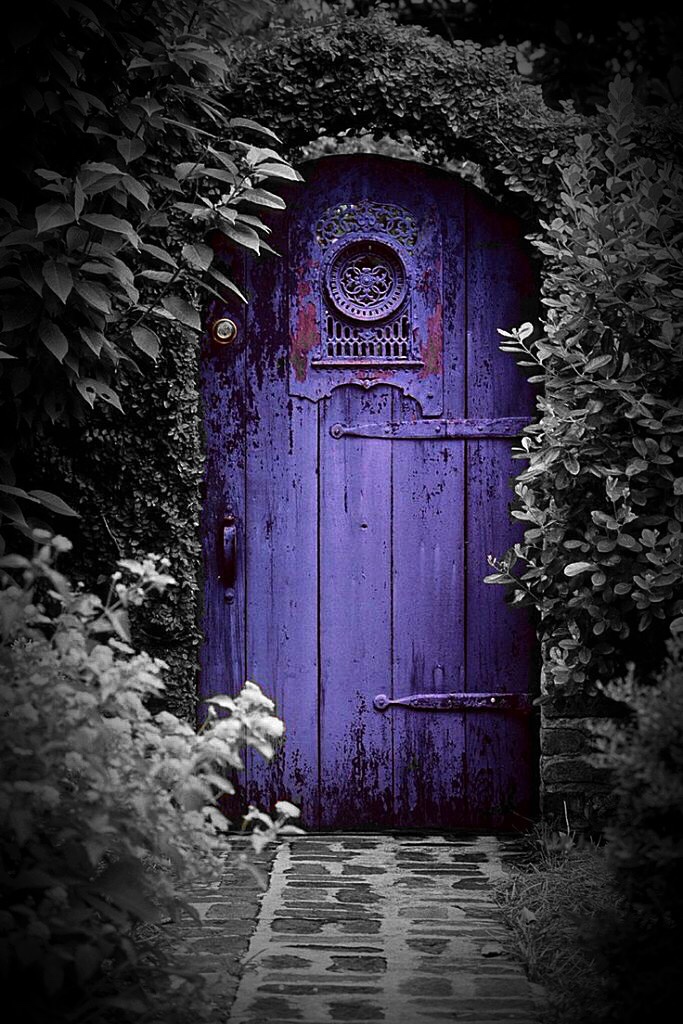 The design of the website had drawn her in from the outset; a passionate purple, it spoke to her of promises of what was to come.

And from the comfort of her purple pyjamas, she was able to reveal to him things about herself which she had never previously shared.

He filled her head with thoughts of him and how he could make her feel as she drifted slowly into slumber under the purple glint of the night sky.

A week later, the neon purple sign advertised the entrance to the bar where she was to meet him at 9pm.

She recognised him straight away, his paisley purple tie a give away.

He suggested a cocktail.
“A Purple Rain?” she asked as a question, lest it seemed too far.

Back at his, her head spinning a little, she undressed for him. The purple bra cupped her breasts, pushing them up and out and seeming to offer them to him.

Accepting them and the rest of what she was, he filled her nights from that point on with desires which were purple in their promise and power.

And after a time, with an amethyst ring, he married her and swept her away so they could indulge themselves in each other forever at the house with the purple door.

She didn’t know when or why the change occurred, but slowly the purple of her life seemed to seep out and claw at her, suffocating her with its hue.

The control he built around became a purple prison. Perhaps it was of her own choosing, she no longer knew, but it was one which she could escape from none-the-less.

And on those nights, as the pain ripped through her, she thought of running through the fields of purple lavender she had known of as a child, her senses awash with something other than this.

Hiding her purple bruises, she tried to look for other colours but it was hard for her to see anything clearly anymore.

Then finally one night, blinded by an explosion of purple, she took the candlestick her grandmother had sent when she heard about their wedding, and she made him stop.

And as she sat next to him on the floor, a pool of purple, thick and sticky like stewed plum juice began to form.

Eventually moving, she tentatively opened the purple door and stood, for the first time in ages, in the small garden.

Breathing deeply she caught the smell of vegetation in the air, and in the distance she noticed a rainbow dance across the hills. She tried not to focus on the purple.