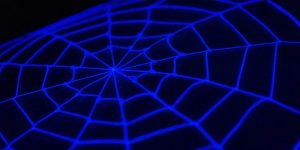 Needle play is something that HL and I talked about a while ago. Initially he wasn’t all that keen on the idea and so it was on the the list of soft limits which sit there for a bit as you immerse yourself in all of the ‘yes’ activities that you are both really in to. I am not entirely sure what changed: perhaps time, perhaps the desire to go a bit deeper down our rabbit hole and perhaps just the interest in trying something new. I do know that his confidence and interest in attempting needle play was greatly improved by speaking to another couple who are experienced in it.

What attracted me to needle play was the type of pain I thought it might bring. When I was younger I used to play a bit with needles and try to sew them through my skin. I liked the look of them perched there and also the feeling it gave me. The sort of pain that comes from the slow build up of endorphins you get from the feeling of fear and power has always been attractive to me and, although my days of playing with needles and cutting are behind me, I have wondered what it would feel like for HL to do it to me. It is a long time since I used anything like that as a way of managing negative emotions and I suppose it intrigues me as to where it would go from a positive place.

Since taking part in Sinful Sunday, I have also been inspired by the amazing pictures of needle play that sub-Bee has posted on her site. The first one that really wowed me was Ever Increasing Circles but to those unfamiliar with her images, there are many other gorgeous and creative pictures of the patterns that her husband makes on her body by using needles. We were lucky enough to meet them at Kinkfest and, as I said, were really encouraged by talking to them about it. They also invited us to watch and gave us tips about the safety aspects of it, which encouraged us further.

We tend to try things out before we add them into a scene, so what we have done so far in terms of needle play is really just the start. I have sometimes thought of this practice as a type of training for play and this method, while not sexy as such, has worked really well in allowing us to find out where the limits of pleasure and pain lie when trying something new.  There was very little warm up for that reason and we talked and communicated in a factual way throughout the session so that we could learn from each other, how it was working. So what I am writing about it more playing with needles than an actual needle play scene.

We started with just four needles to see how that would work and what it would feel like for each of us.  Although it was something that I really wanted to try, I was nervous about how it would feel. Sir touched me all over for a while before he began which really helped me to relax but also to feel the excitement of what we were about to share. He had ordered a small starter kit and has a good supply of latex gloves for play anyway so he was able to wear those. The kit came with alcohol wipes and so, deciding on the top of my back as his canvas, he prepared my skin.

Although I could tell he was slightly nervous, his confidence and command meant that he was able to reassure me and talk to me about what he was doing. As the first needle went in, it did feel scratchy sore but it was over pretty quickly. I was laying naked on my front and could feel my body respond in the way that it does to erotic pain, which is always a good sign. As he continued with the second and third needles, I felt my heart begin to speed up a bit and the adrenaline began to take effect. I also felt a sense of calm and, although the fourth needle stung the worst for some reason, I could feel myself really beginning to get in to it.

We left it with four needles as HL thought that was enough for our first session and they still had to come out. The kit contained a variety of sizes and these four were the same, so it had always been his plan to try just with that number initially.  He played with them a little, turning them to get them right and to see how they felt before taking a picture. He then removed them (a little faster than I expected) and applied pressure to the area to stop any bleeding while he talked to me and touched me.

Although this wasn’t part of a scene in any sense I can see the opportunities for building it into one, and we spoke about that today.  As a connector it was huge and I felt really close to him afterwards. We went on to play and I think that we were already both quite far into our submissive and Dominant spaces from the little taster of needle play that we had done. It is definitely something that we will try again and I think HL is keen to order some more needles of the size we tried, rather than to venture on to the larger ones just yet.

I love the idea of needle designs, like the one of sub-Bee’s pictured above, and we learnt from her and Honey Farmer about the sort of stencil patterns you can get, so this is something we will look in to.  I will definitely do another post on the sorts of ways we incorporate the use of needles into our play in the future, once we have more experience. I can see that it wouldn’t take much for me to slip further into the sorts of feelings I was experiencing and can imagine it becoming quite addictive. From first try I think it could form a natural part of a medical scene and would also work well for a sensation scene.

For a more factual account of needle play and how we got started please read this post on The SafeworD/s Club.