Skip to content
Home » Blog » Submissive Musings » The other me 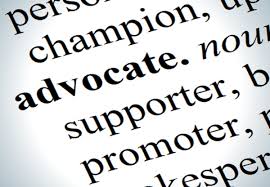 In my other life I am a champion for others. This is a good thing, don’t get me wrong, but recently I have been feeling that the two parts of my life are becoming more and more polarised. Actually keeping things separate is something that we have worked to achieve. We have  put things in place to help me move from one type of role to another so that work stays at work and home can be home. As a lifestyle submissive I can’t turn it on and off; I am his submissive all of the time as that is what I have agreed to.  But when I am away from home, in a work environment, it is not the space or place for my submission.

I have never liked the term 24/7 D/s as it doesn’t really seem to make sense. You can’t actually do something every hour of every day; I sleep and I work and during these times, submission is somewhat in the distance.  However, it is a mindset which is never too far away even  when it isn’t actively being sought. Were HL to suddenly appear and ask something of me, I would switch back into that, but the sort of vulnerability and softness and openness of need that is a natural part of my submission, has no place in the workplace.

I wrestled with my polar parts for quite a while. I compared myself to others and saw myself as lacking or inferior somehow because I was not able to sustain the sort of mindset that was achievable by others. I worried that made me less or made me fraudulent in some way. And it took time to see that I was ok as I was. To work out that it didn’t make me less just because I had another role to play. I have tried hard not to feel that I should hide the reality of my other side and to celebrate the champion that I can be for others, even though that requires me to be strong, to take control, to make decisions and challenge and sometimes even to fight for them.

I can see now that I am actually more able to advocate for others successfully because I am submissive the rest of the time. Because I have the safety and the security at home, I am able to feel stronger outside in my other world. Because I can relax and hand over the responsibility for certain things and allow myself to be taken care of, I am able to pick that up elsewhere.  In life I have someone to be a champion for me. His support, care and guidance at home allows me to offer support, care and guidance for others at work.

It can often feel hard, as if there is a struggle between the two parts as the  work side takes so much from me that there feels very little left. It consumes me on a level that is hard to explain, and while it makes me who I am on the surface, it feels that it pulls the energy away from being who I really am on the inside. Actually I think I have looked at it in the wrong way. Both of these parts of me are important and significant but the work me needs energy that the other side doesn’t.

Being submissive means that I let go of the responsibility and the control and can relax into myself. This allows me to gain the energy that I will need and concentrate and channel it into  where it is needed. For a long time I felt that one was almost robbing the other until I saw that they both allow the other to work effectively.  Being in this situation has given me a greater ability to advocate for others and a greater need to submit, so really the two are inextricably linked.

Although the two parts feel more polarised, that is just because choosing this lifestyle has allowed each part to grow stronger and to be more significant. The structure that we have in place means that I have seen them as being separate when really they are both dependent on each other, and both dependent on the Dominance, support and care of HisLordship.  I am lucky that I have my own champion and having that has allowed me to be a champion for others.

Other related posts are:
My submission, his submissive, and the other kick ass part that I don’t talk about
Square pegs, round holes and submission