Skip to content
Home » Blog » Projects » Reviews » With a Crescendo

From the packaging to the handy case for storing the Crescendo and its charging dock, Mystery Vibe have cut no corners. It is highly portable and would pass through airport security without even raising an eyebrow. The toy itself looks and feels luxurious and comes in a choice of colours – a cool turquoise blue and a seductive purple. The Crescendo is made of body safe silicone and is also waterproof. This means that it is ideal for use both internally and externally, or both at the same time for the thrill seekers amongst you. 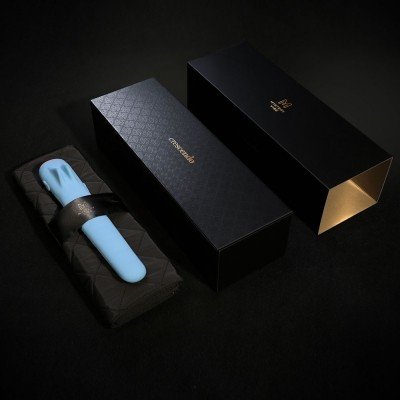 The Crescendo is bendable, not just a bit flexible but actually properly bendy; it can be folded in half if you so wish. Ultimately this means that it is good for couples or good for people who enjoy feeling the vibrations in more than one place. The options for use are plentiful and it comes with some suggestions of different positions you might like to try. Because the Crescendo is bendable, it is body adapting, and this is another real plus for us. I have tried lots of toys designed to stimulate the clit and often the buzz ends up being in the wrong place so to have something which can mould to you, makes a lot of sense.

The Crescendo ticks the boxes as a state of the art technical toy and comes complete with a smart app and fully customizable patterns. For those of you who are creative you can add your own vibrations or you can download from the app. It took us oldies a little bit of time to work out how to charge and switch on but I think the fault there was more on our part than on the toy. Fully wireless, it sits neatly on a charging pad and I think we were looking for something a bit more Luddite, like a plug and socket rather than a flashing light.

For a relatively discrete wireless vibrator the Crescendo has a lot of power. The six motors are spread along the toy and each can be controlled independently to create the right sort of feel for you. So not only can it bend to the shape of your body, be used in a way which hits the right spots, it can also be customised to have the right speed and intensity where and when you want it. How cool is that? Despite the power it is relatively quiet which is always a consideration when you live in a house which has ears in the walls like we do.

While versatility is the key with the Crescendo, we wanted something that would work for us as an easy clit stimulator while we HL’s hands were engaged in other types of play. To be able to do this while at the same time enjoying a good spanking or some anal play would mean heightened levels of arousal and pleasure. Other toys we had tried were either the wrong shape or didn’t allow the right level of buzz. The Crescendo worked much better for this as it was able to be moulded to the right shape and also was powerful enough to be used successfully for foreplay.

On the down-side, the Crescendo is not a cheap toy although as the one vibe that does it all, the £129.00 could be justified. We also found the controls to be a bit fiddly. It took some time to work out way through the various settings to find the basic vibration that we wanted and in some ways that part was too customisable for us. However, for others this would be an advantage so I don’t hold that against it. While it is powerful it is buzzier than something like a wand so for those who prefer more rumbly vibrations it might not work as well. 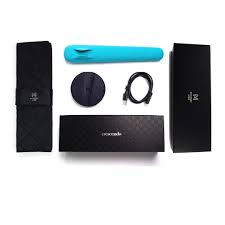