She was absolutely mortified.  She had been joking when she had said the thing about the beauty queen, and now here she was.
“Go on. Show them how beautiful you really are.” He encouraged.
It was as if her feet were rooted to the floor. They wouldn’t budge.
“No way. I can’t do it. I know you want me to but it’s too much. It’s too far,” she pleaded.

Palm pressed firmly into the small of her back, he urged her forward. She felt the blast of warm air as the door opened with a swoosh and a woman came out. The other woman glanced at her, first with acknowledgement and then with a look of surprise, her head turning slightly as she passed and then hurried away.
“See?” she said, with a tone that wasn’t going to help.

He was relaxed about it though. He knew how she worked and how much of a struggle it was. She didn’t believe in herself but slowly and surely his belief in her would take over. He had never enjoyed a body as much as he enjoyed hers. From the way her nipples peaked to a hard nub at his glancing gaze to the moistness between her legs from only a look, she was his in every sense. She did things to him that she couldn’t possibly know, would never realise. The look in her eyes as she hoped for a final reprieve stirred something within him that urged him on, confident and assured in the line he would take.

“Now! Do it now or I will have to re-think your attire. There is more of your beauty yet to display is there not?
Don’t worry. I will be right here watching the whole time.”
One hand still on the small of her back, he raised the other one and placed it around the back of her neck with a squeeze.
“My gorgeous beauty queen,” he said.

That was it. Something inside her shifted and when he pushed her forward this time she began to move. The door swished open and she made her way tentatively through. Everything swirled around about her. Trapped in her own world it was just him that she felt. She felt his warm hands tracing her body and his fierce kiss on her lips. She felt the heat of his body and the way that he plunged deep inside her. She felt beautiful for him and as she moved, the light chiffon of the butterfly winged shawl swept across her skin, billowing out in a magnificent arc behind her.

She kept her eyes fixed straight ahead as they took the sight of her in, and her face burned as she saw them register her nakedness. Part of her wanted to run, to draw the flimsy material around her but she didn’t. She focussed on his voice and the fire inside her which raged and consumed her with a need to be his. She felt freer than ever before and as she moved she felt untouchable by those around her. She rose and she soared as she made her way through the crowded mall and back into his arms. 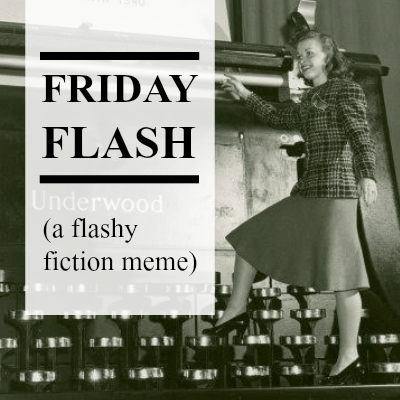