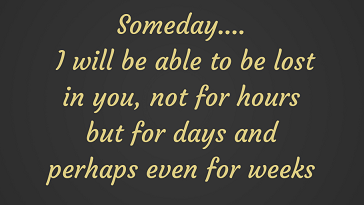 Someday we will have an empty nest. I am not wishing my life away as I love the life that I have but neither am I dreading the end of the formal part of my role as a mother. I really enjoy being a mum and for a time that probably did define me. But as the children grow older and become more independent there is space there to be filled with something that you can create for yourself. Those years of responding on a daily if not an hourly basis are replaced by times that you are required less often. Relationships with adult children are easier and become more of a social occasion than a nurture session. It is never totally equal I don’t think but the balance certainly shifts.

I know that I definitely lost myself for a time. As mum of three young children in a failing marriage that I could do nothing to save, I became focussed on the needs of others, desperately trying to distract myself from my situation and work to the positives. Inwardly I was struggling to manage all that I had on my plate but outwardly I was happy, planning things and micromanaging for everyone around me. I was good to have on the team. Time to myself was not something I had and not really something that I wanted as it was dangerous to get lost in my head. Control was my friend.

So in amongst all of that I did lose myself. I went back to work in the hope that it would solve lots of things but really being seen was not one it was able to help. I had a new role that was mine but it was really just another face to wear. I love being a mother and I love being a teacher but it was not until I met HisLordship that I was able to start loving being me. And I am not altogether there yet. I think that is another someday. Someday I will love being me, but for now I am content that I love my life and I love the people in it. I do see being me as pretty cool though, so I know that I am getting closer. I also wouldn’t want to be anyone else so perhaps that makes me just a stone’s throw.

Even when someday comes I think that there will always be other things to take our attention and focus and that is to be expected. I really don’t think we would want it any other way. But to have more time to fall deeper and deeper into these parts of us which have emerged is an exciting thought. So much of our lives have been about other people and we have explored what there is to learn with that, growing in confidence and knowledge in those areas. But the newly discovered world where we find ourselves together has so much more for us to learn and share.

Someday I may really be able to meet his desires, the ones he hasn’t yet had. The ones that are waiting, under the surface, for the opportunity to be drawn out. The thoughts that are not yet thought and the feelings that are not yet felt are all waiting for us and someday they will be born. It is an exciting thing to contemplate. It is thrilling and scary as we have begun our journey and know of the feelings we are exploring. It makes going deeper something which is unknown yet can be imagined and that is all part of the  attraction of course.