This Ruby Glow review was originally written and posted on The Safeword/s Club. 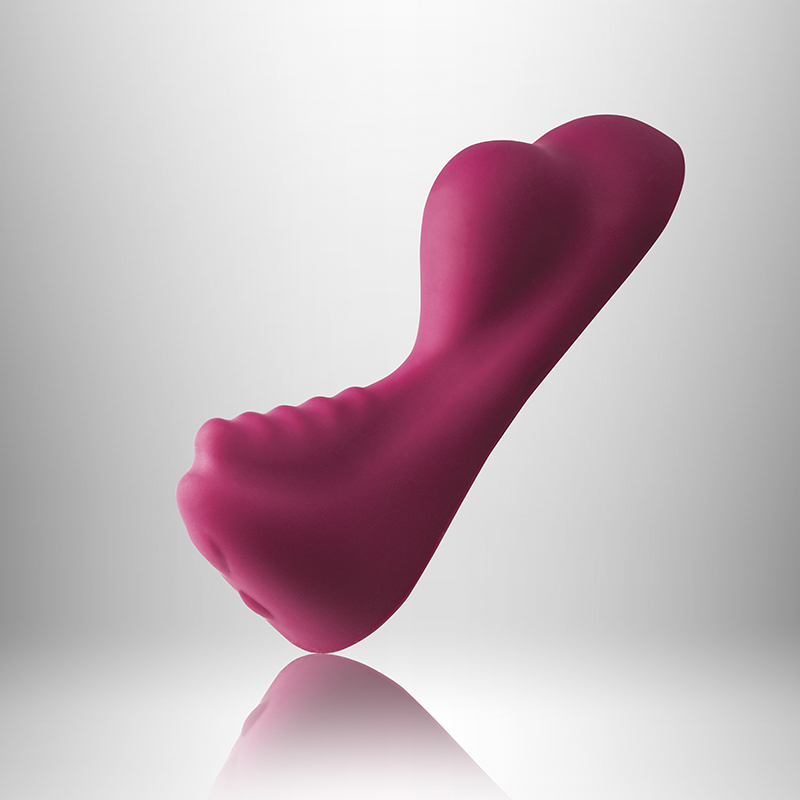 I first saw The Ruby Glow at Eroticon where is was showcased by the lovely Tabitha Rayne, author and artist, who designed it. I was struck not only by the uniqueness of the idea, but also by the way it looked and felt. We own a Rock Chic, also by Rocks Off, and despite this being quite old now it is still an active part of our toy box, so I made the assumption that the quality of the Ruby Glow would be the same. I was not disappointed.

Bearing down on it means that it is quite powerful for a battery toy and it is easy to rub against it with the parts that you want to stimulate. In addition there are a number of different speeds and pulse patterns for each of the two power buttons. These are easily accessed as they are right at the front but it took me a while to find one which suited. It was a case of pressing through them if you lost the one you wanted but I think this would be easier the more you used it.

As a simple girl, a straight buzz is what I like best but for those who are more adventurous, like variety or want to edge, there are loads of different combinations, meaning that you would likely find one that you enjoyed. It takes a while to get used to them and the two buttons work separately so where it provides versatility and flexibility, it is also quite complicated to get to know. However, exploring is always fun so I wouldn’t use that against it.

The Ruby Glow is made of body safe silicone which means it slides across your skin without too much drag. I did notice after use that it had picked up some dust which I was able to remove with toy cleaner. It is sold as splash proof rather than waterproof so I was careful when cleaning it especially around the battery area. Being able to be hands free meant that I could pinch my nipples at the same time which was an added advantage as with so many other vibrators I need my hands to stay where they are.

The Ruby Glow retails at £39.99 and I think that this is good value for the quality you are getting. It would suit someone who wants hands free external stimulation, those who want to remain seated and those who enjoy different vibration patterns. While it looks good, it is not the most discrete of toys. I also found it to be quite noisy and struggled to switch it off at times. However, overall the novelty of the Ruby Glow appeals to me and I think it would work well for those who enjoy stimulation while they are sitting.