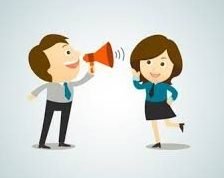 I think that I said before how important we felt communication was in helping us to build and maintain our D/s dynamic. For us, the key foundations are love, trust, respect, honesty and open communication but really we have found that the communication is the glue that holds the rest together. When we stop communicating well, or openly, the other elements seem to be affected. In addition, if something challenges one of the other foundations, it is only through truly open communication that we can resolve it.

As a couple we had always talked a lot and there were no topics really off limits so we could just have said that we were fine in that area. However, the formality of our new dynamic meant that there had to be some changes. Once we were trying to live as Dominant and submissive, beyond life in the bedroom, I found that there were things that I wanted to say but knew that I shouldn’t.  This was a good thing for a number of reasons.  In the past I had spoken my mind and what was on it was not always helpful to verbalise at that particular time.

The vocabulary I chose was often loaded and I would fire it straight at anyone who got in the way.  In my mind, this was my way of resolving things – I would let my husband know what it was which upset me or made me angry etc and then we could work at fixing it.  Great in theory but in practice this was not helpful.  It often left him feeling attacked and criticised and, wanting anything for a quiet life, he just let it bounce off him and waited until I calmed down.  I felt that he had ignored what I’d said and didn’t care so it became a vicious circle where we both drifted further from each other and became a bit distanced from each other.

I think that these sorts of power struggles are typical in many relationships; we respond to a perceived threat in kind, one incident or comment provoking a response which feeds another comment or action and on and on it goes.  The beauty of our dynamic now is that these power struggles have more or less become obsolete.  Only if we have slipped back into our old vanilla ways for some reason, do they show face now.  Initially this was hard to manage but over time we have become much better at identifying this and moving swiftly to correct it.  I think that as we have both grown in confidence, he as a Dom and me as a sub, we are able to help each other if one of us does slip up and we are able to work much more as a team – one feeding the other as it were.

So one big advantage of waiting to talk to my Sir about whatever was bothering me was that I had a chance to calm down, think about what I wanted to say, and express it in a constructive way.  It also meant that instead of firing something at him when his mind may have been elsewhere, I had his full and complete attention.  This was perfect.  He had always complained of feeling one step behind me as I would move so quickly from one idea to the next, that he sometimes just switched off.  Filtering what I wanted to tell him, from a stream of consciousness to what was important was much better for him.

Suddenly he was engaged and offering an opinion and I no longer felt like the constant nag that I had begun to become.  Having time to discuss these things in a respectful and constructive way meant that he was engaged in the discussion and could then make a decision which met both of our needs.  This was great.  He had always been Dominant in the bedroom, but I had controlled a lot of the decision making about the house which was not going to work within our new dynamic so this was a pretty big step, but one which worked well within the structure we set up.

As a regular married couple with kids, we are not able to follow a high protocol type of D/s relationship all the time so speaking freely was something that I was always able to do.  I did learn to bite my tongue, wait and think about what I wanted to say so that I would phrase it in a more submissive way though.  I always try to ask to speak with my Sir rather than blurting things out and he will instigate discussion on a regular basis so that we can talk about things relevant to us and our relationship.  I can bring topics and suggestions to him during this time and we talk about how our D/s is working, where we want it to be going, ideas for scenes and play etc.  We also discuss other family issues which may be emotionally charged within this environment as that has worked for us.

While I make offers and suggestions during this time, the final decision always lies with him. At the end of the discussion, Sir will conclude what decisions have been made and will ask me to record this.  Making the decisions does not mean that he has full responsibility for everything as he had once feared he would.  He will give me instructions or tasks which will include me being responsible for arranging or organising certain things.

We have found that communicating in a much more structured and open way than we did before has helped to keep us on track.  It is vital to us in building the trust that we share and also creating the emotional connection that feeds the physical one.  When we have let things slip, we feel this connection start to lessen and it is not until we have talked it all through that we are able to re-set things and get back to enjoying the intimacy and intensity that we want and enjoy.